Examination by a gynecologist

There are different types of constitution:

Adipose tissue is not only a target for sex hormones, but also a site for the synthesis of androgens and estrogens, as well as the protein hormone - leptin, which regulates eating behavior. To quantify the adipose tissue and the nature of its distribution, very simple methods are used.

The degree of obesity is determined by the body mass index (BMI) - the ratio of weight in kilograms to the height in meters, squared.

With overweight and BMI more than 39 it is necessary to find out when obesity began: from childhood, into puberty, after the onset of sexual activity, after abortion or delivery. The nature of obesity is determined by the ratio of the waist circumference to the circumference of the thighs WC/TC. If this figure is less than 0.85 - the nature of obesity is female, if more than 0.85 - male (android or visceral), with the adipose tissue is located mainly in the area of the great omentum.

In male type of obesity, the risk of developing metabolic syndrome is increased, for which hypertension, insulin resistance, hyperglycemia, hypercholesterolemia are permanent signs. This type of obesity is also characterized by hyperandrogenism, which leads to impaired menstrual and reproductive function.

On examination dryness, oily skin, the presence of acne, increase its porosity, pigmentation, hemorrhage, stretch marks in women who gave birth, and especially in those who did not give birth should be noted.

Lack of glucocorticoids is the cause of hyperpigmentation of the skin and mucous membranes, especially on the nipples, palmar furrows, areas of the body that are exposed to pressure and friction. Swelling of the face, thickened lips and tongue, rough and harsh skin indicate the presence of hypothyroidism. At thyrotoxicosis there is nervousness, tremor of hands, thin and moist skin and protrusion of eyeballs. When the production of thyroid hormones and steroid hormones is reduced, the skin is pale, smooth, dry and without hair. In primary hypopituitarism, there is a low growth and lack of secondary sexual characteristics and hairiness. In patients with dysgenesis of the gonads, many freckles and pigment spots are found on the body.

Hypertrichosis and hirsutismus are distinguished when studying the nature of hair growth. Hypertrichosis - excessive hair growth on the extremities, back, head. Hirsutismus is the overgrowth of hair on the face, breast, back, limbs, and pubescence of the male type, associated with the excessive production of androgens in the female body.

The mammary gland (MG) is part of the reproductive system, a hormone-dependent target organ for the activity of sex hormones, prolactin and, indirectly, hormones of other endocrine glands (thyroid and adrenal glands).

The MG examination is performed in a standing and lying position, followed by palpation of the outer and inner quadrants of the gland. On examination, we pay attention to the change in the volume and shape of the breast, as well as the change in the color of the skin, the nipple, the presence or absence of discharge from the nipples, their color, texture, character. The brown discharge from the nipples and the admixture of blood indicate a possible malignant process. The excretion of a liquid transparent or greenish fluid is characteristic of cystic changes in the gland. The presence of milk or colostrum allows to set a diagnosis of galactorrhea.

Palpation of MG allows to establish the diagnosis of fibrocystic mastopathy or to determine its form: glandular, cystic, mixed. In mastopathy, ultrasound of MG and mammography is performed.

The pubis, large and small labia, perineum, anus are examined. The condition of skin, the nature of hair, the presence of volumetric formations are noted. All suspicious sites should be palpated. The index and middle finger of the gloved hands open the labia majora and inspect the anatomical structures in order: the labia minora, the clitoris, the external opening of the urethra, the entrance to the vagina, the hymen, the perineum, the anus.

When diseases of minor glands of the vestibulum are suspected, they are palpated by pushing the lower part of the urethra through the anterior vaginal wall. In the presence of discharge, a microscopy of smears and seeding is indicated. Large glands of the vestibulum are palpated. To do this, the thumb is placed on the outside of the large labia closer to the posterior adhesions, and the index finger is inserted into the vagina. On palpation of the labia minora, epidermal cysts can be detected.

Small labia are separated with the index and middle finger, then the patient is offered to strain.

Examination of vagina and cervix in speculum

Examination with a gynecological speculum

Examining the vagina, note the presence of blood, the nature of the secretions, anatomical changes, condition of the mucous membrane: we pay attention to the presence of inflammation, volumetric formations, pathology of vessels, trauma, endometriosis. When looking at cervix, we mind the same changes as when examining the vagina. However, the following should be borne in mind: in the case of blood discharge from the outer uterine os out of menstruation, a malignant tumor of the cervix or body of the uterus is excluded; with cervicitis mucous-purulent discharge from the external uterine os, hyperemia is observed. In case of changes in the cervix, it is recommended to perform a colposcopy and, if necessary, a biopsy.

An investigation always begins with the primary survey and examination. The survey always reveals characteristic symptoms of the disease. The anamnesis data are the basis for specifying the methods of examination and preliminary diagnosis. When interviewing, attention is drawn to:

Initially, the vagina should be examined using special mirrors, speculum. Mirrors are very carefully inserted into the vagina so that the cervix and vaginal arch are clearly visible.

When examining the vagina and cervix, attention is paid to: the nature of the secretions, anatomical changes, the condition of the mucous membrane, the presence of signs of inflammatory process, pathological formations, signs of endometriosis, etc.  After taking the PAP smear, the vaginal wall is carefully examined again for removal of the speculum.

Flora smear - the collection of material is carried out with special disposable instruments from the cervix, vagina and urethra and applied to the glass. A flora smear can show both the presence of pathological microorganisms and the presence of its own normal microflora, which maintains the acid-base balance of the vaginal mucosa.

Colposcopy is a completely painless and non-invasive examination of the cervix with an optical device with additional illumination and magnification. The method allows to detect a precancerous and initial cancer of the cervix, which is not visible during normal gynecological examination.

Vaginal examination is performed after removal of speculum, the vaginal wall, its arch are palpated. While palpation of the cervix it is necessary to evaluate its condition, shape, consistency, tenderness, mobility. The presence of volumetric formations and anatomical changes are noted.

How to prepare for a gynecological examination?

In the diagnostics of malignancies, the cytological method is one of the screening methods of investigation, which should be performed for all women over 18 years of age, regardless of the presence or absence of clinical manifestations of the disease.

A cytological smear is taken to detect cellular abnormalities of the cervix, which can subsequently lead to the appearance of cancer cells. Therefore, the detection of abnormalities in the cytological examination makes it possible to start the necessary treatment in time. Cytological examination is performed in the second phase of the menstrual cycle (i.e., approximately on the 10-20th day of the menstrual cycle). To get a smear a special spatula or brush is used. This is a painless procedure! With visually unchanged cervix, the cytological smear is taken by the method of light scraping from the surface of the ectocervix (vaginal surface of the cervix) and from the part where the epithelium of the ectocervix enters the canal of the cervix (this is very important !!!), since it is in these places that malignant cell transformation is possible. In the presence of pathological changes - the sampling of material is carried out from these areas (sighting). Therefore, it should be noted that the effectiveness of the study, and therefore the reliability of the result obtained depends on how well the smear was taken. After that, the obtained cellular material is transferred from the brush to the glass or in a container with a special solution (liquid cytology) and sent to the laboratory. In the laboratory, after preparation and staining of the preparation, the cytologist examines the structure of the cells and concludes if the smear is normal or pathological.

What is the difference between liquid and "dry" (normal) cytology?

Is it possible to collect material for cytological screening in pregnant women?

A PAP test is not easy to do during pregnancy, but sometimes it is a necessary procedure. The common standard is cytological screening of women during the first pregnancy examination. Cytological smear in pregnant women is taken in the same order as in all women. Its holding technology is not capable of harming the health of the expectant mother and her baby. By the way, according to many authors, in 3% of cases cervical cancer is diagnosed during pregnancy.

How to prepare for the PAP test?

What should I do if a pathological smear is detected?

A gynecologist should be consulted for a thorough examination, as the result of a cytological screening study does not warrant a definitive diagnosis! This is mostly a signal of changes that may precede precancerous conditions and cancer of the cervix, and if not examined and treated possible tumor transformation. Pathological smear is the basis for profound diagnostics, first of all colposcopy with subsequent aiming biopsy from the pathological area and histological examination.

Doctors, who take surgeries and can be addressed 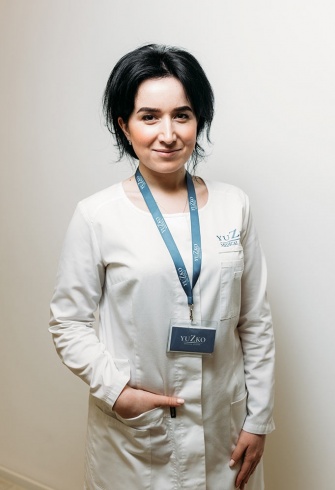 About the
medical center